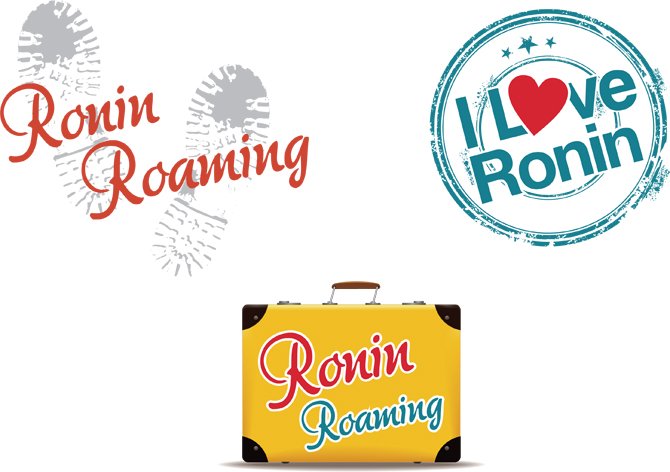 For those of you that have already forgotten me (I’m hoping I’m not actually that forgettable) or haven’t had the pleasure of meeting me yet, I am usually a permanent fixture in the RONIN Bromley office. Often the first person you’ll see when you walk in, or speak to on the phone or via email, rather unusually I’m currently on the other side of the world. I’m a Ronin gone roaming.

At the beginning of September I set aside my mouse, iPhone and colourful pens and embarked on a five month journey, travelling round the world. Here’s five of my favourite travel quotes, which sum up what I’ve been doing and give an insight in to what I’ve learnt so far:

1. ‘Travel and change of place impart new vigour to the mind’ – Seneca

Turns out Seneca was right. Three and a half months after leaving the UK, four countries, nine US states, a plethora of cities, three national parks, multiple beaches, one desert and the Mexican jungle later, I already have a renewed vitality; a re-found enthusiasm for learning, for working, for life.

As cliche as it may sound this trip has provided a much needed break and opportunity to ‘nurture my soul.’ Yet whilst exploring differing landscapes, seeing things like I’ve never seen before and meeting a diverse range of people, I’ve been conscious not to let my mind stagnate. As Euripides said: ‘Experience, travel – these are as education in themselves’. But in addition to learning about the different cultures, wildlife and environments I’ve encountered, my free time has, in part, been used to educate myself; to read, to blog, and to learn random trivia, such as all the London boroughs and the US state nicknames – I’ve even started to learn a bit of Spanish.

2. ‘We wander for distraction, but we travel for fulfilment’ – Hilaire Belloc

Travelling the world has always been a desire of mine. So when the opportunity arose earlier this year, having worked at RONIN for four enjoyable years and with other big changes occurring in my life, I knew now was the right time to embark on my travels.

And so far, it’s been more than I could have hoped for. I’ve had the most amazing time. Plus, I know now when I reclaim my chair – or should I say exercise ball – in the RONIN office in February, I will have fulfilled some of my dreams and won’t be so distracted by thoughts of swimming with dolphins, horse-riding down Napa Valley, scuba diving the Great Barrier Reef. Although I can’t promise not to bore you recanting tales from my trip!

3. ‘One’s destination is not a place but a new way of seeing things’ – Henry Miller

If that’s the case, I think I’m already at my destination. Travelling has really opened my eyes, not only to who I am and what I want, but to things around me. It’s amazing how easy it is in the daily rat race to overlook the simplicities in life; to elude yourself that you already have a heightened awareness of others. But once you take a step back, put yourself outside of your comfort zone and watch with fascination the people you routinely ignore at home, you realise how often you have your blinkers on and how much you miss out on.

So as I have been walking along the beaches of the Gold Coast, traipsing through the Mexican jungle, exploring Mayan ruins, sitting on the empty dock of a bay in Alabama, running in the desert of Death Valley, and driving through the streets of Dallas, I have desperately been trying to absorb as much as physically possible; imprint in my mind the surrounding sounds, sights and smells (well maybe not all of them!)

4. ‘There are no foreign lands. It is the traveller only who is foreign’ – Robert Louis Stevenson

If you’re going to work in and write about international business, you have to have an understanding of international cultures. And what better way than to immerse yourself in different countries.

A lot of what we do at RONIN involves transforming ordinary stories, products and business ventures in to ones of human interest that people can understand and relate too. Seeing how other countries operate and people’s cultures and views differ from our own has revealed a whole host of new possibilities. And I’m sure experiencing the economies I so often write about can only improve my work.

Living out of a small rucksack for weeks at a time, constantly being on the move, and sleeping in wooden shacks and tents (albeit that has only been part of my trip) has taught me a lot about myself. Not only has it given some perspective to my life at home, it has reaffirmed the importance of some key life and work skills, such as tolerance and compromise.

When you’re constantly in the company of others, almost living in one another’s pockets it’s fundamental to be considerate of one another. You learn to tolerate conditions and make compromises you otherwise wouldn’t. I’ve been practicing skills, which will hopefully make me a better team player, employee and manager – or at least a more grateful one!

To read more of Clare’s round the world travels check out her blog here.