COVID-19. Marketing through a crisis. Let’s mention the war 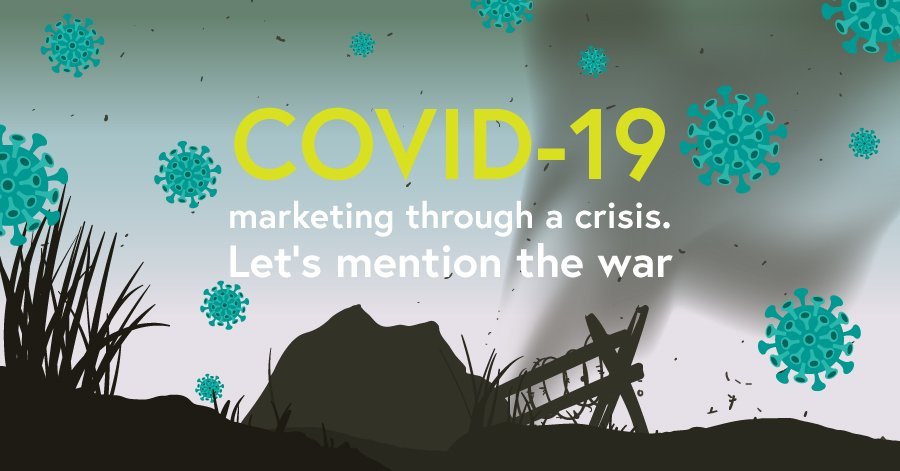 18 Mar COVID-19. Marketing through a crisis. Let’s mention the war

By definition, effective marketing taps into customer psyche by relating to their needs in prevailing socio-economic conditions. Today’s marketers have the benefit of sophisticated tools that allow them to detect and respond to customer demand on a real time basis. We all know consumers are increasingly fickle, and brand loyalty only counts for so much against availability and price. Buyers can be willingly swayed by short-term trends, more often than not, promoted by social media influencers. Monitoring, signals from multiple sources, modelling scenarios to predict and even create demand is a constant challenge and the best businesses do it very well.

However, we are facing a very difficult and disruptive situation. The COVID-19 pandemic is making it impossible for companies to plan even for the immediate future, as information and advice change by the hour. The uncertainty as much as the disease itself, is putting enormous strains on supply chains as more and more states join China in total lock-down and people panic-buy.

None of us can predict what will happen next but we can prepare for it. It is probable that consumer behaviour will be under control of the virus and government advice or direction for a while, but I believe it is also likely to change us all for the better, forever. Whilst some sectors of the public are displaying obvious signs of selfishness in their stockpiling, there is also a (much broader) sense of helping each other and looking after the most vulnerable in society, not just our own friends and family. This is something that has arguably been in short supply for some time. I think we can call it the Dunkirk spirit.

Right now the evidence from China is that it has got through the worst of the Corona virus and in Italy, the disease is approaching its peak. So whilst we need to think about the here and now, we should also be thinking three to six months ahead, because the future may be with us sooner then we think. Acting in haste really could lead to a lifetime of regret

There is an interesting parallel from the past. During WWII, foodstuffs were sometimes ‘de-branded’ and manufacturing was ‘pooled’ or ‘zoned’; essentially nationalising the product. Stork margarine was subsumed into this and in effect the product became unavailable. Nonetheless, Stork continued to advertise throughout the war. In 1940 to keep the name alive and add value to the brand, Stork launched the Stork Margarine Cookery Service. This campaign was based on the premise that Stork was helping the war effort. “Stork Joins Up” was the headline and the Stork character was depicted in military garb. The advertising announced that Stork was going to be unavailable ‘until victory has been finally achieved’. Although Stork was not available as an alternative to the pooled national product, the Stork service provided recipes and cooking advice and expertise to help consumers overcome the problems caused by wartime control and shortages. The hope was that the Stork brand would become associated with helpfulness at a time of need. Many products were forgotten during the six years of conflict but Stork and no difficulty in making a comeback and Baby Boomers will remember the ‘Can you tell Stork from butter? TV campaigns of the 1960s.

We’ve been here before

Also, let’s not forget that the situation isn’t wholly unprecedented in recent times either – we’ve had the global financial crisis, SARS and 9/11, so as businesses and people, we’ve been here before and dealt with it. So, we’ll do it again. I believe those brands that will find themselves most popular during these difficult times and emerge the stronger for it once the worst is over, are those which tap into the ‘we’re all in it together’ psyche and show they are operating authentically and ethically towards their customers, consumers and suppliers. Businesses will also need to support each other in this new world and build relationships based on mutual respect, and a shared benefit, which in the first instance, may well be no more than just survival. Whilst there is an inevitable feeling of limbo right now, it is also a great time and opportunity for businesses to take stock and review their marketing strategy, both for now and the next year or two. Let’s face it, all our holidays have been cancelled, so we haven’t got anything better to do. It is a time for change and fresh thinking, which is exciting.  Responsible and caring companies that have the most creative ideas and deploy them the most effectively, will be the most successful.

Stay safe and look after each other.