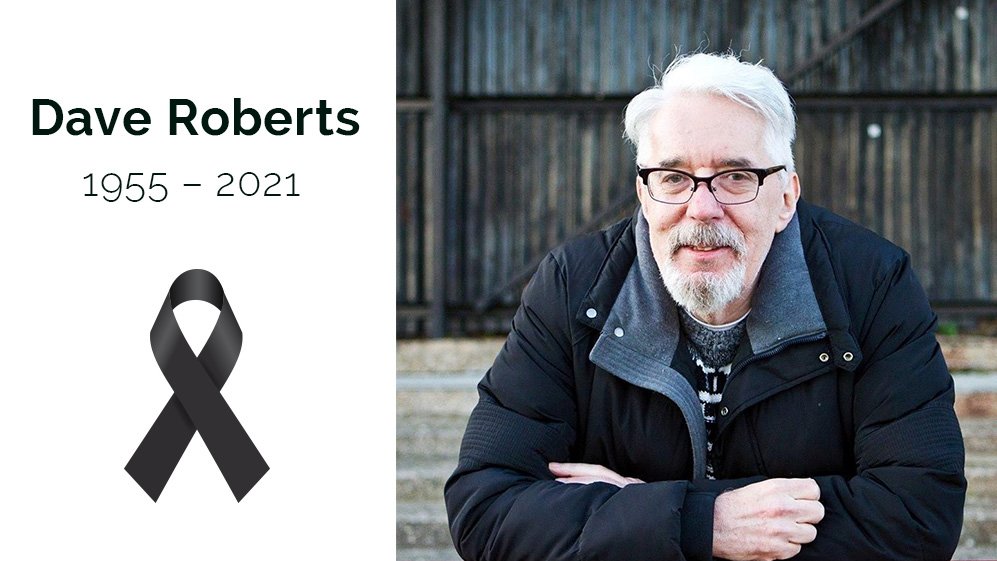 Everyone at Ronin Marketing is saddened by the recent passing of author and local legend Dave Roberts.

Dave became famous for his numerous superb books about his beloved Bromley FC, and we had the absolute pleasure of getting to know him.

As fellow fans and sponsors of the Ravens, the highs and lows of non-league football are something the Ronin team has become very familiar with. Dave beautifully captured the reality of following a lower league club in his book (which was subsequently made into a movie) The Bromley Boys, and we jumped at the opportunity to help him promote the story’s second chapter, The Long, Long Road to Wembley.

With the new book centring around Dave’s dream of witnessing his team play at England’s national stadium, it was only right that he was joined by the then Bromley FC manager, Neil Smith and club captain Jack Holland for the book launch, fittingly held at the Bromley branch of Waterstones. Dave’s dream became reality in 2018, a year before the publication of The Long, Long Road to Wembley, when Bromley reached the FA Trophy final. While the result didn’t go the way he wanted, with his side suffering a narrow defeat to Brackley Town on penalties, neither Dave’s spirits nor his love for the Ravens were dampened.

Following his heart-breaking passing, the club paid tribute to its famous fan on its website:

“Dave’s heart will always remain at Hayes Lane, and the Club will be planning a tribute to a man who is well and truly a Bromley legend. Our heartfelt thoughts are with Dave’s wife Liz and the family at this difficult time, and we will be extending our support to them. Rest in peace, our Bromley Boy.”

Dave’s contribution to Bromley FC went beyond his support and writing; on April 16th 2016 at the age of 61, he made his debut as the first team mascot Ronin the Raven after the regular Ronin dropped out at short notice. It is entirely possible that this was not Dave’s personal highlight but of course, for me and the Ronin team, it was the absolute pinnacle. 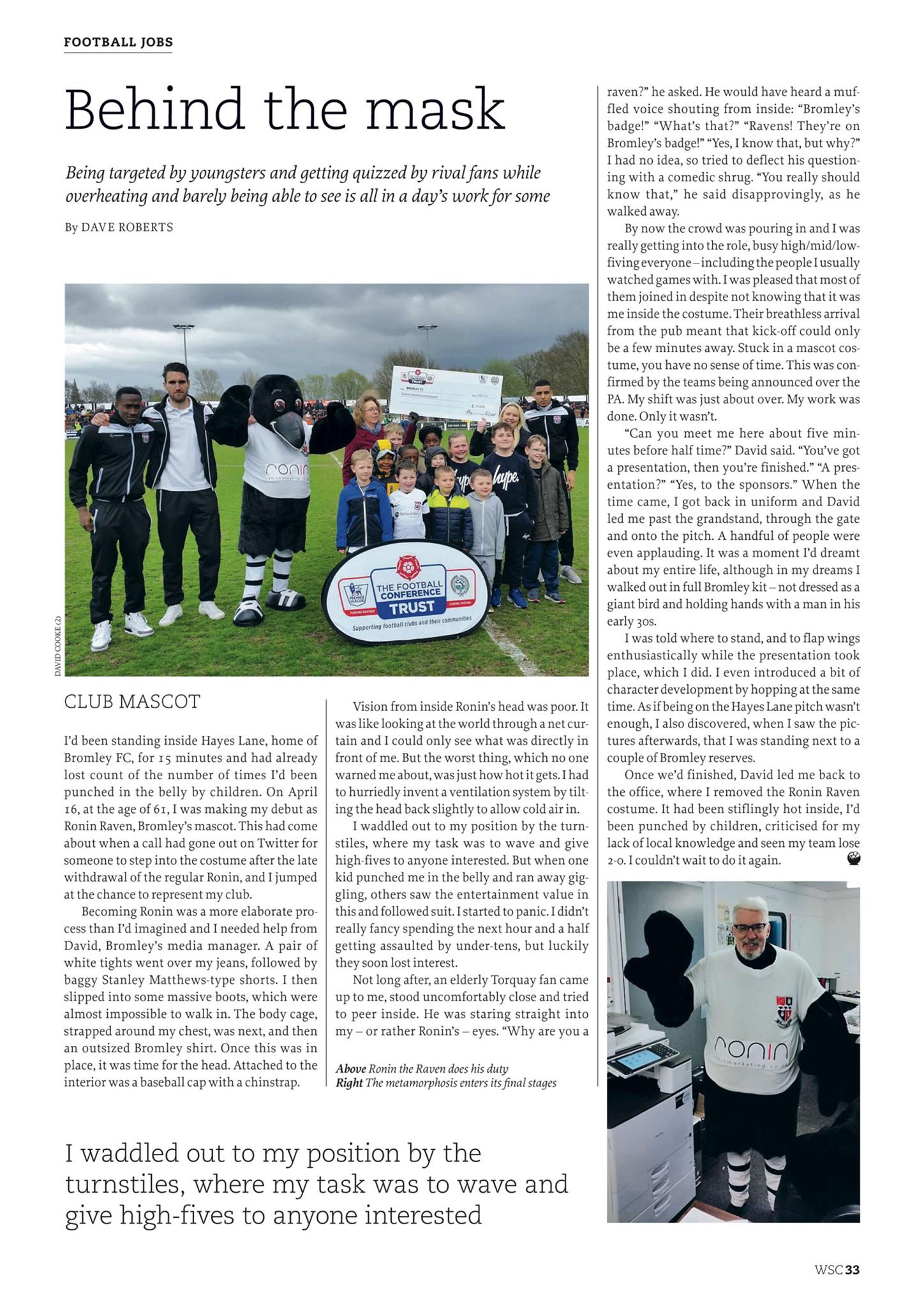 Dave reflected on his experience of the day in a typically humorous account in When Saturday Comes – The Half Decent Football Magazine, reflecting on the attention he had received from young home fans and how he was questioned by a rival fan about why Bromley’s mascot was a raven. For most, it wouldn’t have been the most pleasant of experiences, but Dave loved every minute. He wrote: “I removed the Ronin Raven costume. It had been stiflingly hot inside, I’d been punched by children, criticised for my lack of local knowledge and seen my team lose 2-0. I couldn’t wait to do it again.”

We will all miss Dave.