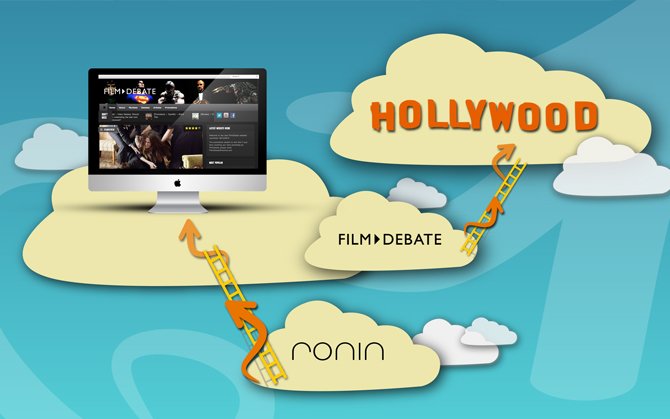 We love to hear about the exciting things our clients get up to, and it’s even better when we’ve helped them move forward with their projects. Back in December, Carolyn, one of the resident RONIN designers, gave Adam Snowden’s film review blog, Film Debate, a professional makeover.

Adam was very pleased with the overall design and interactive features. And two months later, his brand new website is receiving an increased amount of traffic, with an average of 300 unique views per day. Adam has also recruited nine contributors to help keep the site updated with fresh film reviews and engaging content.

The website design has also allowed Adam to explore the commercial side of the film industry, as he now features short films in the Promotions area of the site.

Perhaps most exciting of all, Adam recently landed an interview with actor Jon Gries, of ‘Lost’, ‘Taken’ and ‘Napoleon Dynamite’ fame, discussing an upcoming directorial project called ‘Another Man’s Gun’. You can read it here.