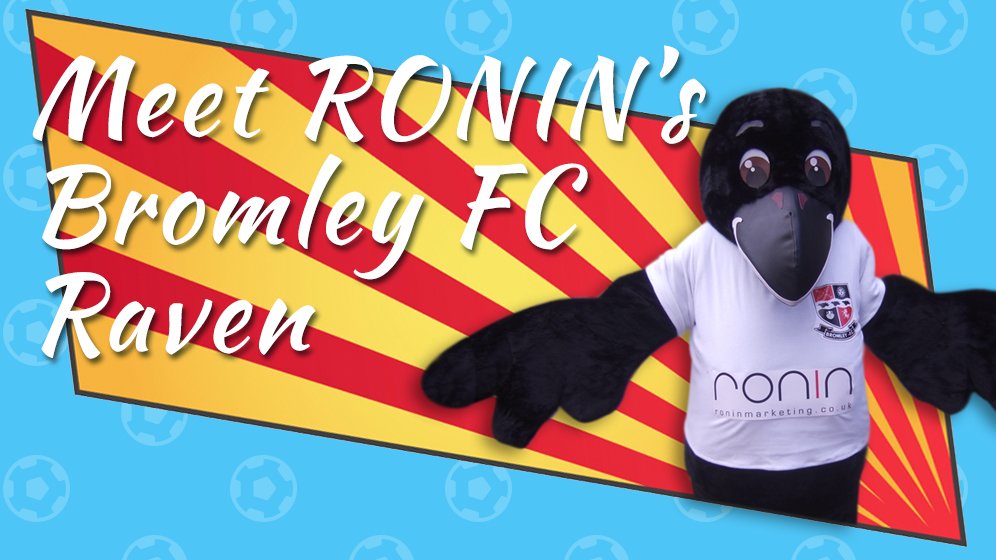 At RONIN we have a new faux-feathered friend – the Bromley FC Raven. To show our support for the local Bromley team we are now sponsoring the jet-black mascot.

RONIN’s official relationship with Bromley FC started in October this year when Steve Lipscombe, Managing Director at RONIN Marketing, was asked to support the Bromley FC team. The rest is history as RONIN is set to sponsor the team’s rambunctious mascot for the remainder of this season and next season also.

The Raven has since made a number of appearances kitted out in his Bromley FC jersey with RONIN Marketing emblazoned across his chest. Most recently the Raven joined the rest of the Bromley FC team as a special guest at the intu Bromley Christmas light switch-on and certainly represented.

“I’ve been a fan since I moved to Bromley in 1988, and this is a great opportunity to show our support for the local team in its bid for promotion to the football league,” Steve remarked. “We were thrilled to sponsor the mascot in particular because he is going to be a regular visitor to local schools and it’s a great way for our business to connect with young people in Bromley.