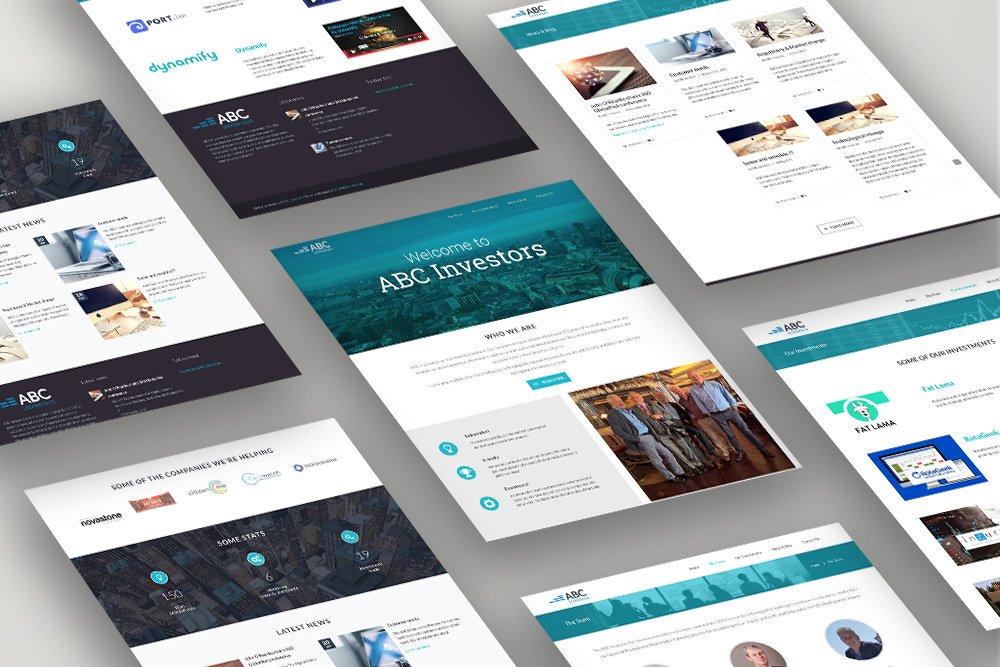 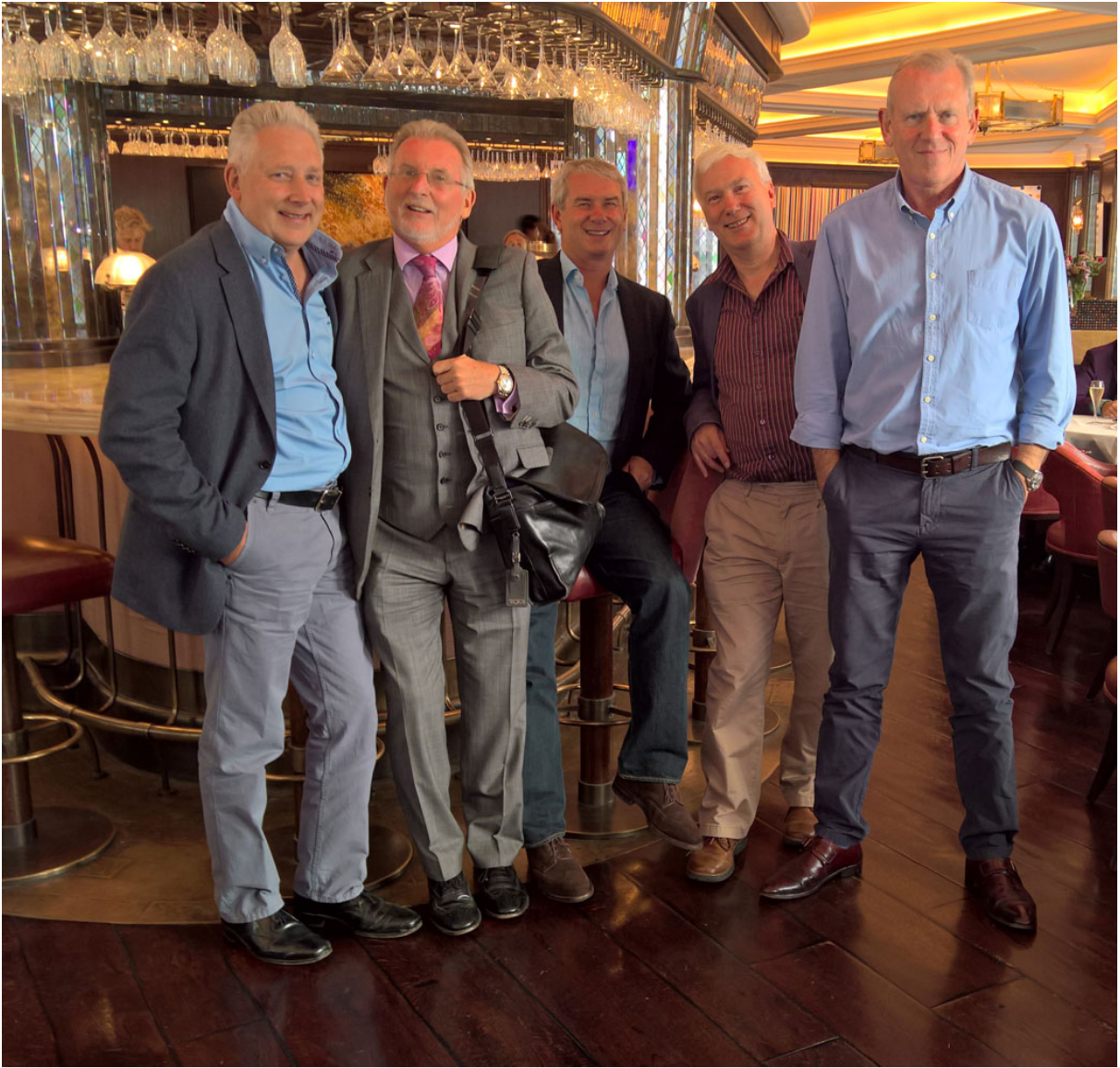 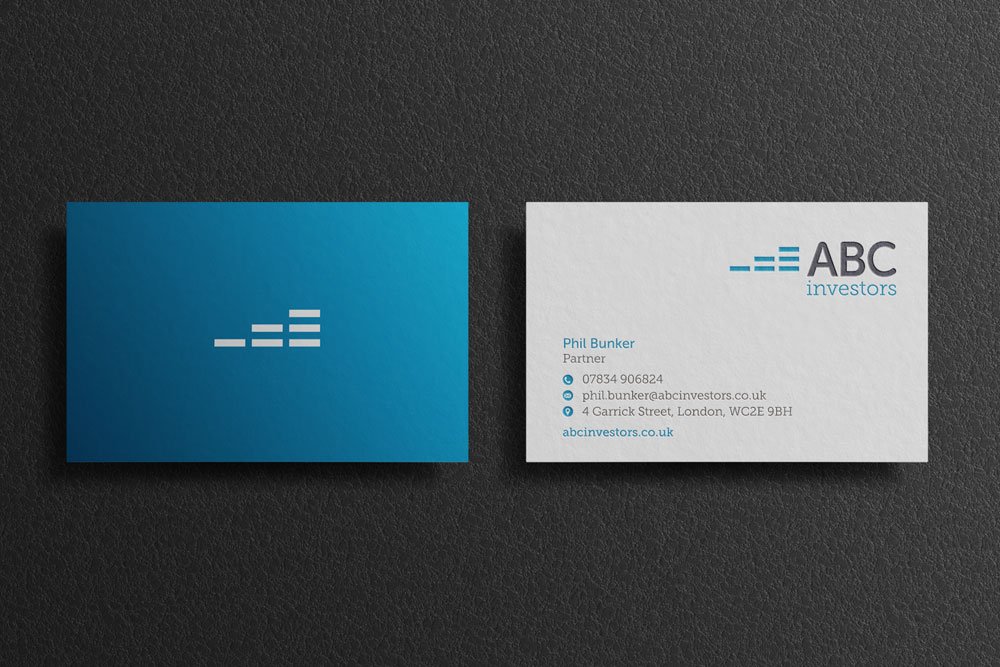 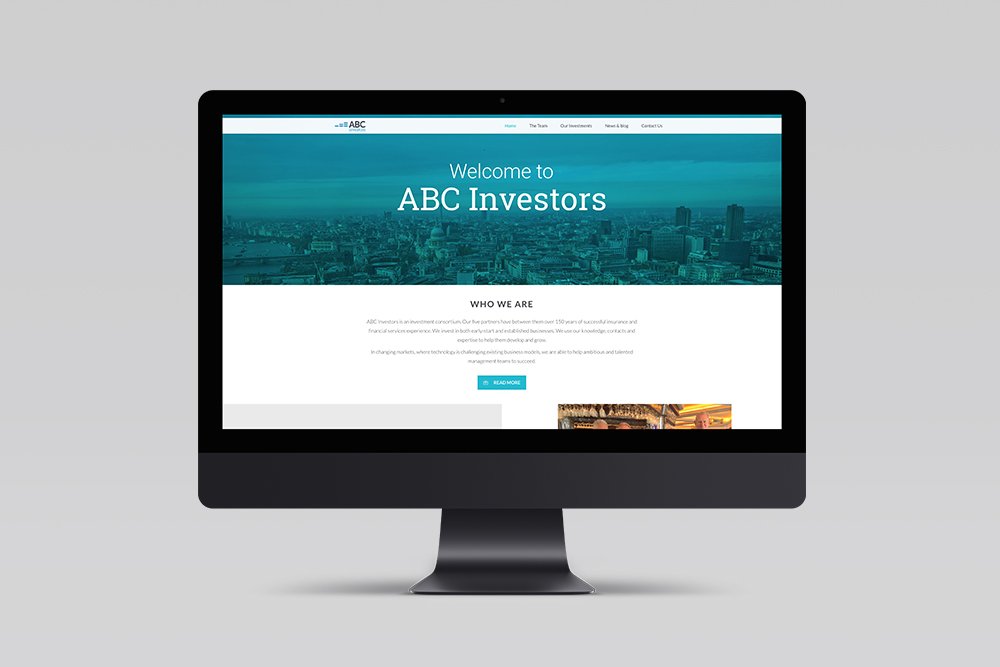 The launch of a new investment company supporting start-ups and small businesses.

ABC Investors was set up by the team behind LV’s general insurance operation, John O’Rourke, Phil Bunker, Steve Castle, Peter Horton and Paul Cassidy, following their earn-out from the company. The team first started working with each other in 2003 when Direct Line and Churchill came together to form RBS Insurance, the largest general insurer in the UK. The five then went on to found ABC Insurance, which was purchased by Liverpool Victoria in 2006. Following this acquisition the team stayed on under contract to manage and grow LV’s general insurance business.

The team wanted a new brand identity with traditional financial services look. The owners of the business wanted to make the most of its extensive existing network within the insurance sector but also to attract entrepreneurs with exciting ideas in other sectors.

A crisp, modern logo with restrained hues of blue and grey separate the company from faceless corporate investors but convey the required air of 150 years of experience and knowledge. Simplicity was the key; san serif fonts and muted tones support clarity of message, with the new website showcasing the team’s portfolio of investment projects, as well as adding a pinch of personality to the business. You might want to invest a bit of time looking at the new website here.