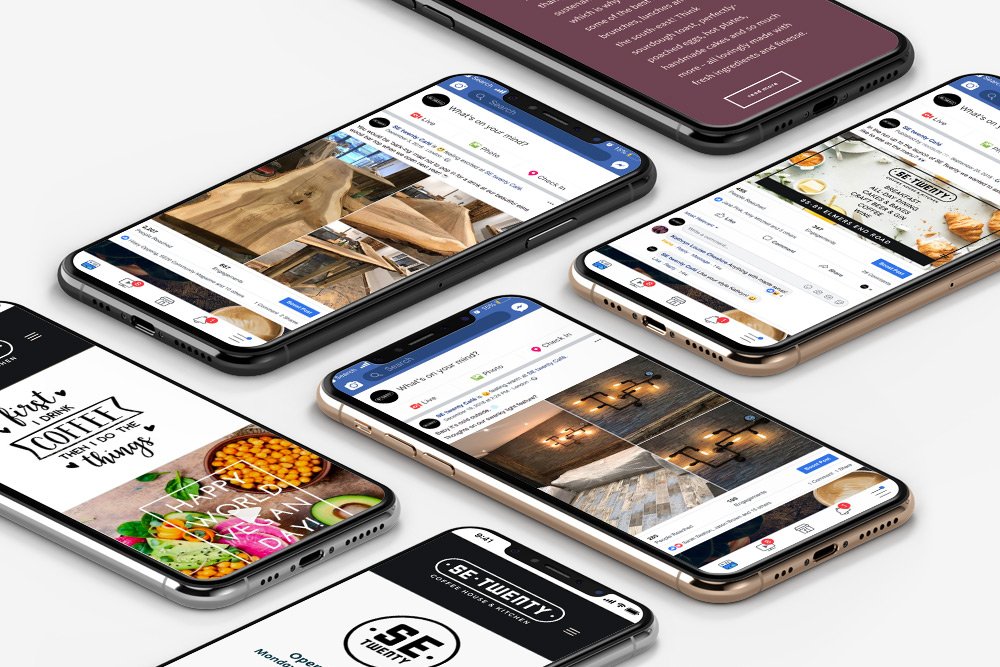 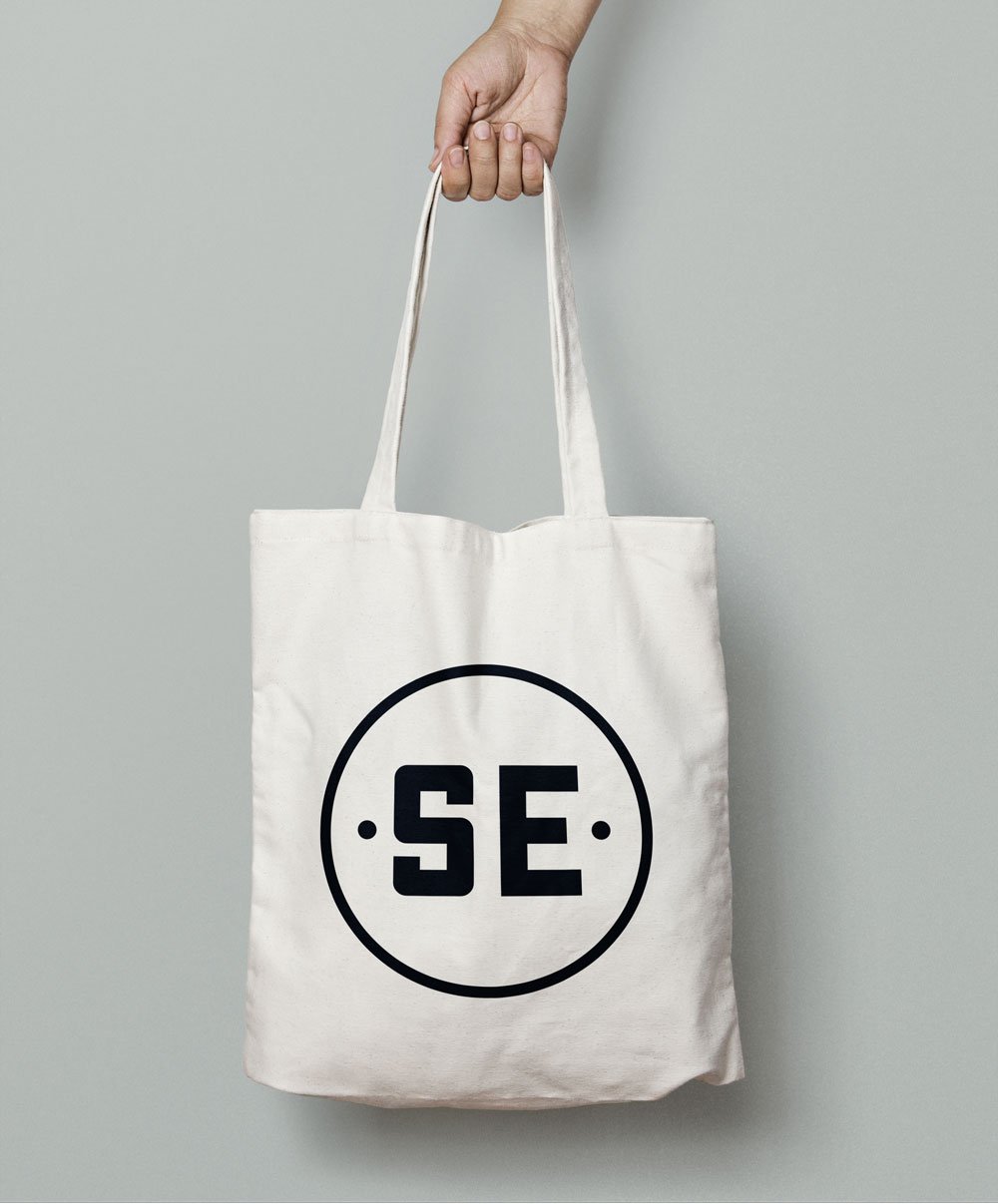 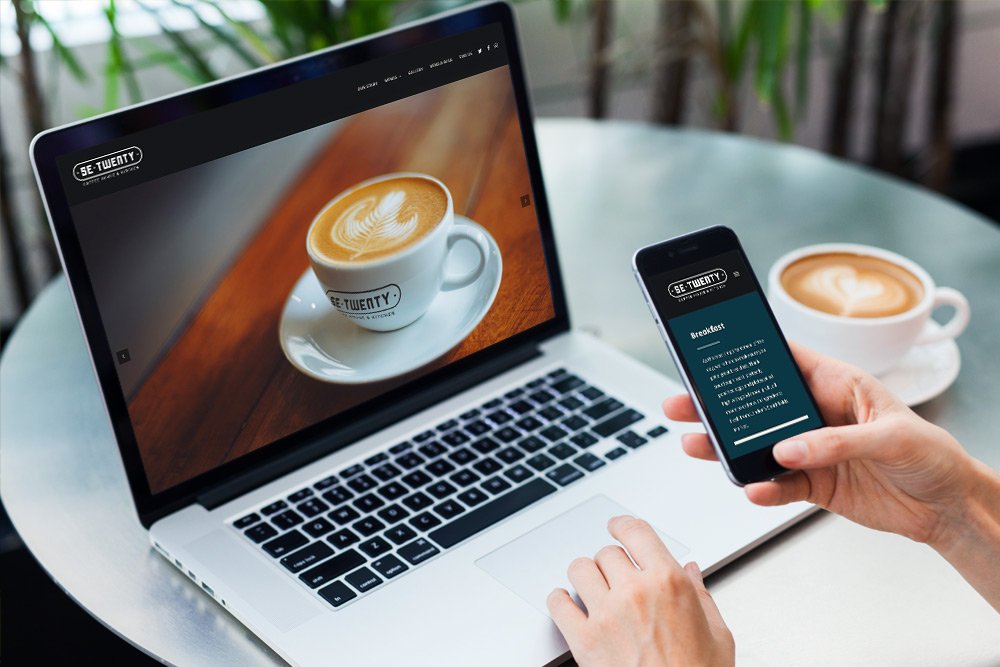 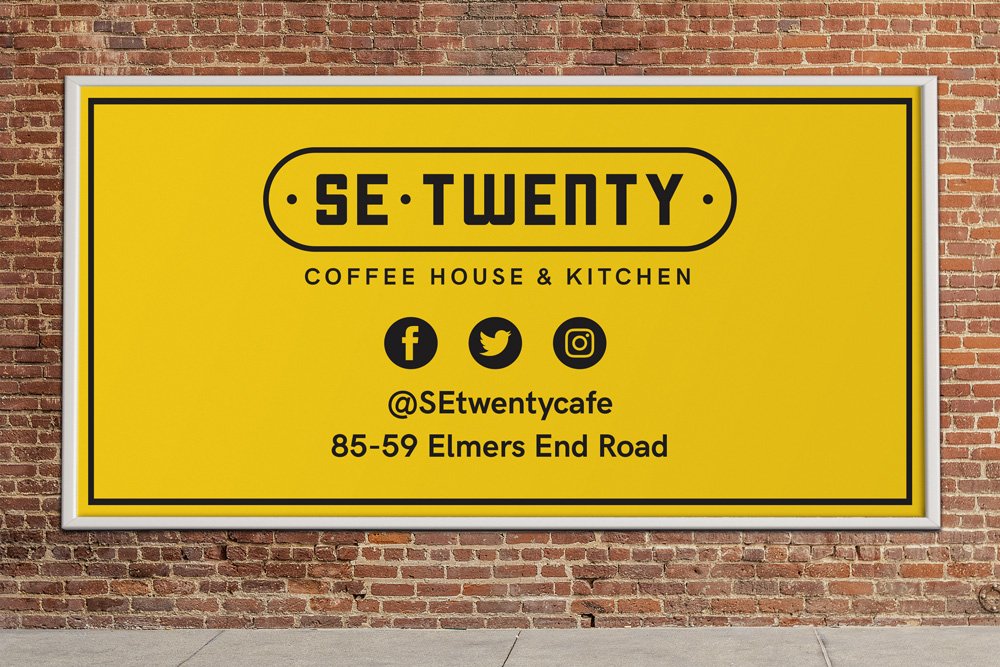 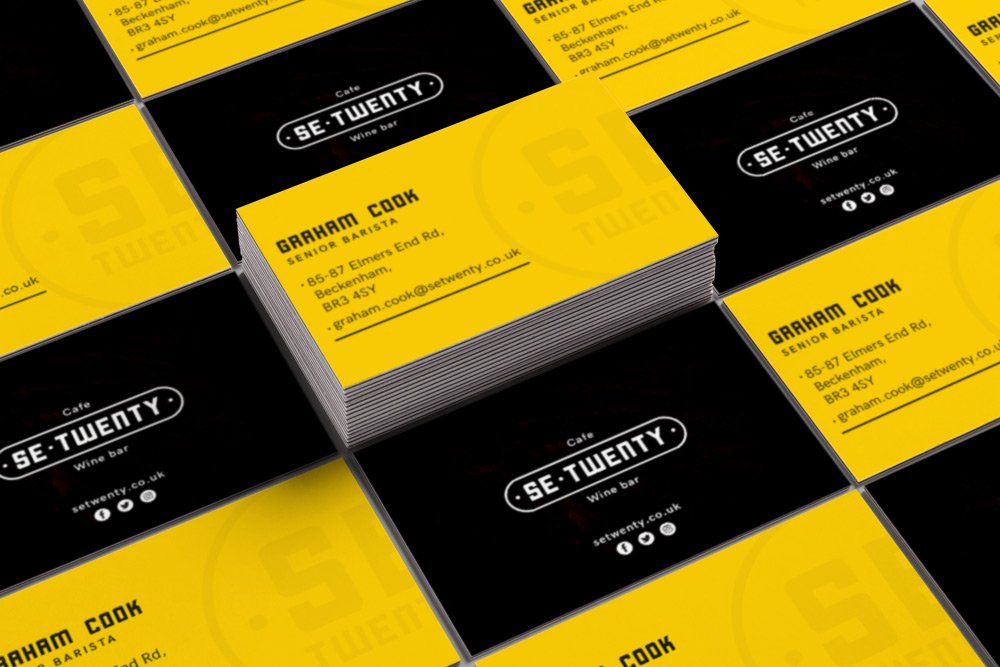 To create a brand identity for a new coffee house & kitchen, as well a new website, accompanying print collateral and social media.

Based in Anerley, South-East London, the owner came to RONIN to help build his brand from scratch, including brainstorming its name. Settling on SE Twenty, RONIN were tasked with crafting an identity which reflected the owner’s vision of an independently-run, welcoming and local coffee house and kitchen. Also on RONIN’s agenda was a fully-responsive, bespoke WordPress website and a targeted social media strategy to build interest in the months leading up to the Grand Opening.

Styled on an old-fashioned street sign, the logo ties with the coffee house’s brand name – SE Twenty, the postcode of its location and uses a sans serif font for bold simplicity. A modestly muted colour palette has been chosen for most of the branding – black, white, teal and maroon, with the exception of the sunshine yellow which is used in selected promotional print collateral, such as billboards and posters.

Fully-responsive and with easy-to-navigate functionality, SE Twenty’s new website strikes the right balance between contemporary and cosy, reflecting its core identity as a local coffee house and kitchen for the community. As well as SEO-optimised copy, carefully-chosen food photography not only showcases the menu, but also creates a visually-stunning aesthetic to result in a state-of-the-art-website.

Whilst refurbishment has been underway, social media has played the pivotal in creating and maintaining intrigue and interest in SE Twenty. RONIN’s digital marketing team have devised a targeted social media strategy, using Facebook, Twitter and Instagram to curate a community of ready-and-waiting pool of potential customers in preparation for SE Twenty’s Grand Opening.