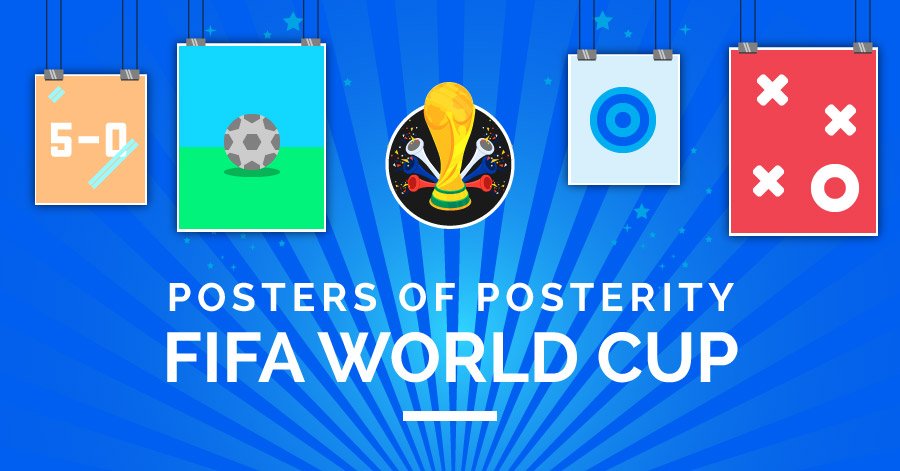 Ah, football. As the nation’s unofficial sport – aside from necking pints, of course – the 2018 FIFA World Cup has sparked levels of patriotism and camaraderie not seen since the Royal Wedding(s)! Taking place in Russia, this year’s tournament has been emotional, controversial and surprising, as several favourites crashed out in the group stages. But bonny ol’ England remains, and we’re edging ever tantalising closer to holding the trophy aloft!

As well as being the pinnacle sporting event for football fans across the globe, the World Cup is also an opportunity for each host country to create artwork which reflects their nation – the World Cup poster. The 20 World Cup tournaments have produced a colourful carousel of design evolution, spanning almost every decade since the 1930s.

Below, you’ll find our design favourites that made the final line-up. 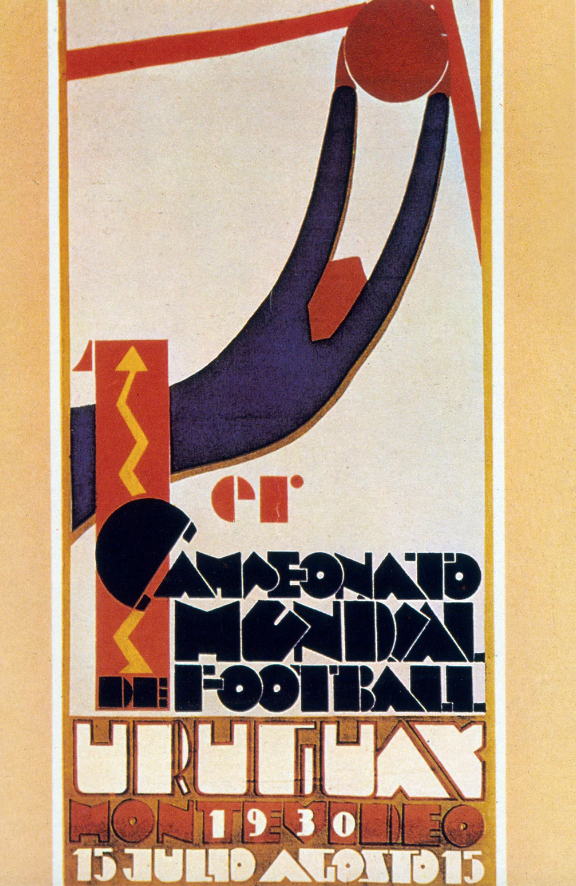 Sandwiched between the two World Wars, the first FIFA World Cup poster is colourful and dynamic, featuring a diving goalkeeper constructed from graceful, stylised and geometric shapes. With distinctly Art Deco typography, the poster is strikingly reflective of the swank sophistication of the era. 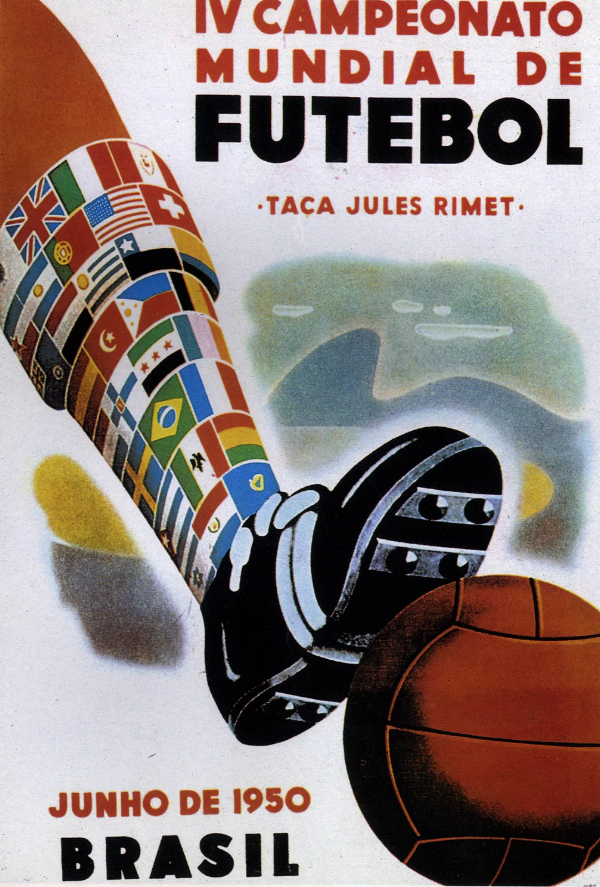 As hosts of the first World Cup tournament post World War II, Brazil made a noticeable effort to promote a sense of global unity and internationalism. The flags of the all the participating countries are boldly displayed as part of the player’s football sock, side by side. 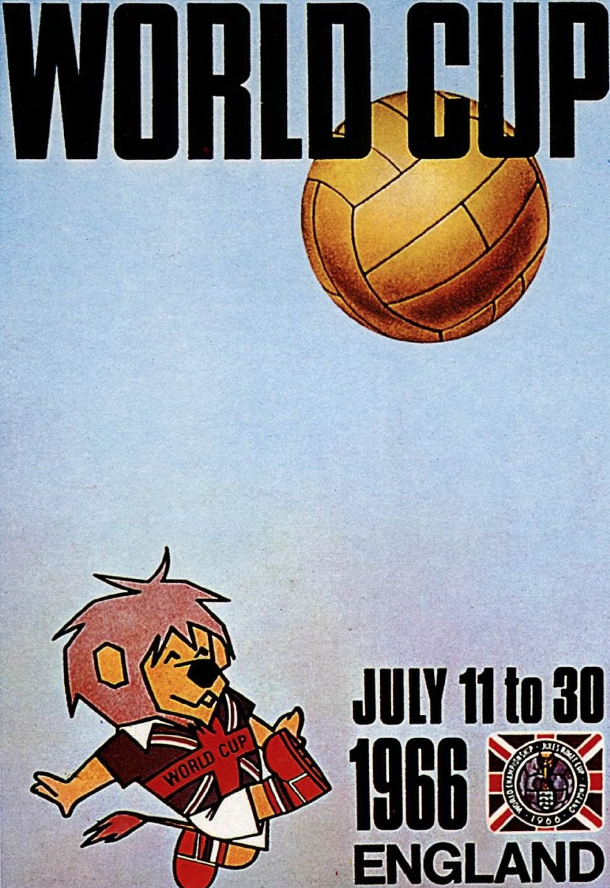 A glorious year for football, and a memorable one for FIFA World Cup posters with the tournament’s first mascot, Willie the Lion. Although it’s not especially forward-thinking, it does make clever use of white space and regardless, will forever hold a special in our hearts as the poster for 1966. 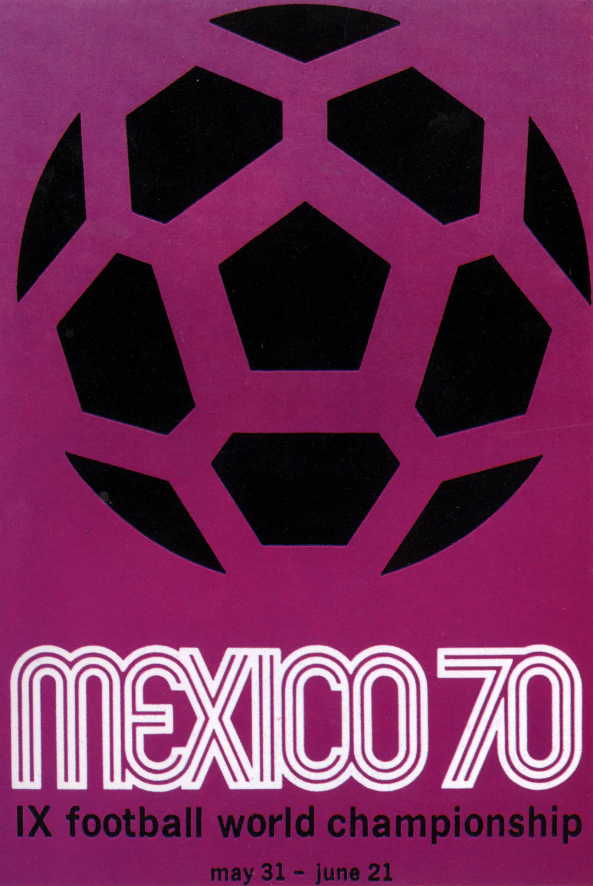 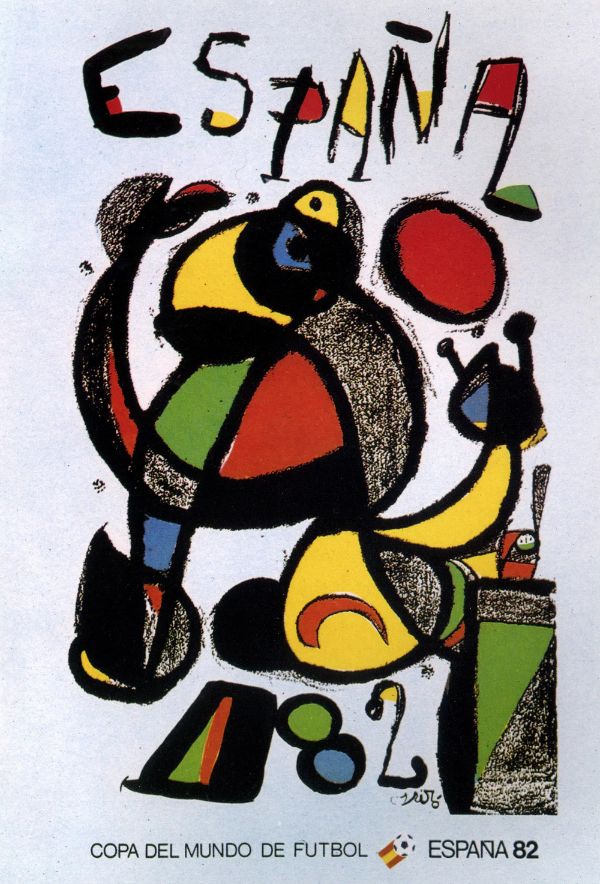 Spain commissioned Catalan artist, Joan Miro, to create the centrepiece for this provocatively colourful and rhythmic poster. With bold black strokes and use of an unashamedly bold palette, it reflects the country’s vibrancy and passion for the Beautiful Game.

Exuding energy, France’s design multi-media piece was created by then unknown artist, Natalie le Gall, a student at the Ecole Supérieure des Beaux-Arts. Framed by the iconic blue of France, the stadium is teeming with spectators, and complemented by the addition of a textured pitch and use of shadowing. 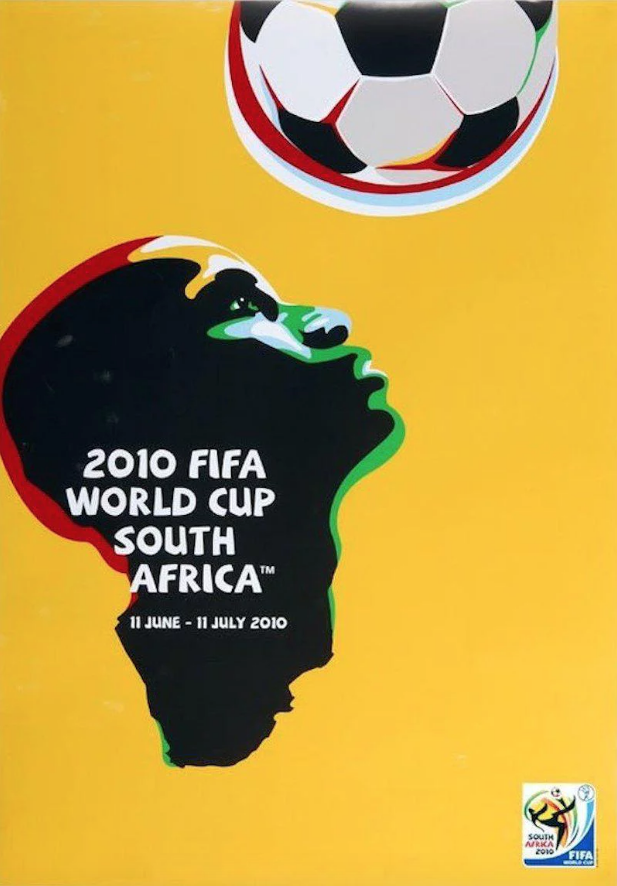 Unapologetically bright and expressive, South Africa’s World Cup poster makes the most of contrasting colours in the splashes of yellow, green, red and great swathes of black. But our most favourite aspect of this design is that the shape of the player’s head and neck reflect the contours of the African continent. Genius. 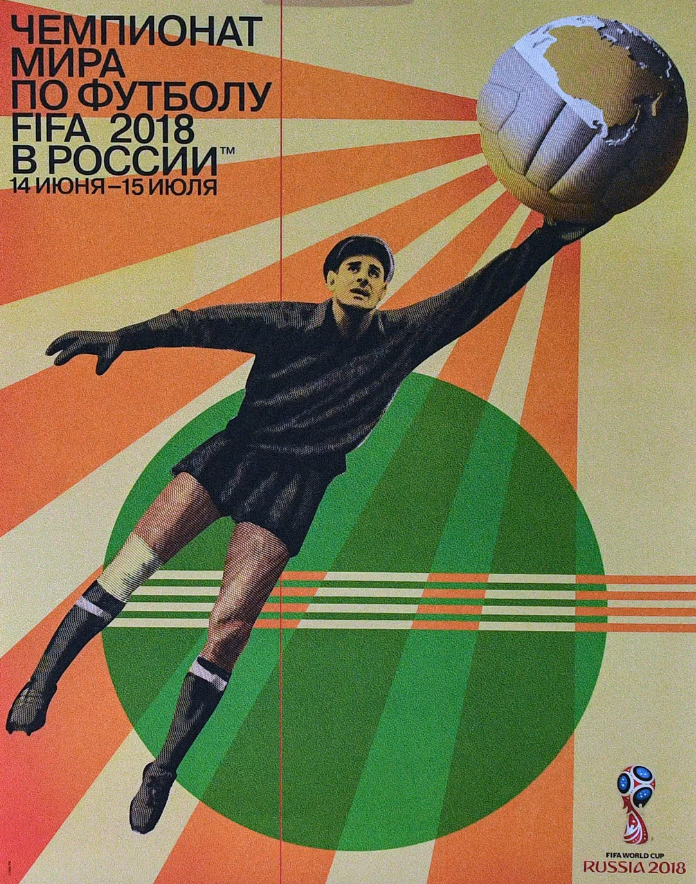 One of our absolute favourites, this 2018’s poster from Russia is deliciously nostalgic, drawing inspiration from the pre-Soviet Union propaganda posters of the 1920s and 1930s. Featuring world-renowned goalkeeper, Lev Yashin, saving a football-globe hybrid, the vivid colours inspire a sense of possibility, fluidity and dynamism.

If you need a poster, flyer or any kind of dynamic design, get in touch with the RONIN squad, here.