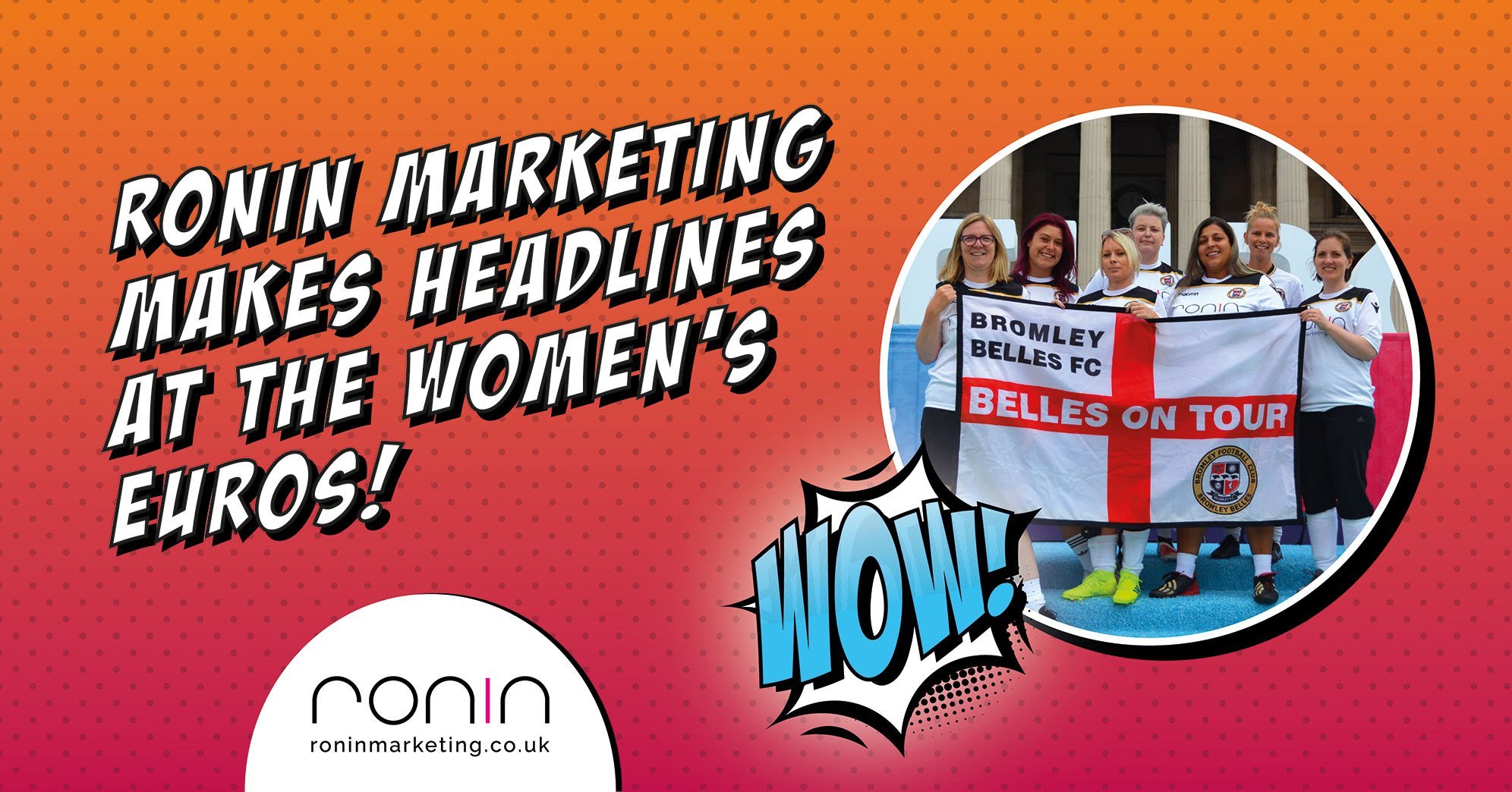 As the Women’s Euros nears completion with the England Lionesses set to play in the final at Wembley Stadium on Sunday, the last thing we expected was to switch on the telly to see ourselves featuring on the news! All thanks go to the Bromley Belles.

The Bromley Belles were invited to play in an exhibition match at the London Fan Park in Trafalgar Square on Tuesday night, before watching the Lionesses keep a clean sheet against Sweden and find the net on four occasions at the other end!

The Bromley Belles is Bromley Football Club’s over 30s recreational women’s team, which RONIN has been proudly sponsoring for several years – as you can see from the front of their kits! With the ethos of inclusivity and aim of growing participation across women’s football as a whole, they invite women of all abilities and backgrounds to get involved.

After Germany beat France 2-1 on Wednesday night, England’s opponents have been decided and we are set for a great game! After the men narrowly fell short at the Euros final last summer, the hopes of the nation lie on the women’s squad, which looks stronger than ever. Be sure to join us in cheering the Lionesses on as they aim to finally bring football home!

Want to know more about the Bromley Belles or considering joining yourself? Get in touch with the founder, Andrea Ellis at Andrea.Ellis@bromleyfc.co.uk. Also, follow their success on Twitter and Instagram.

Find out about RONIN’s work here and stay up to date with all the latest news and info via our social media too. Find us on Facebook, Twitter, LinkedIn & Instagram.