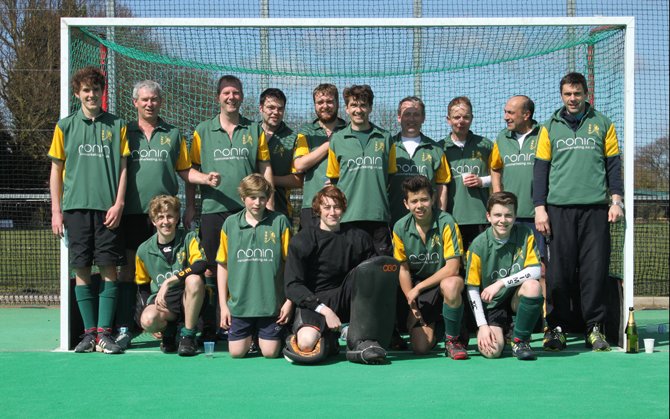 We are delighted to announce the development side at local hockey club, New Beccehamian, has won the Kent Open League Division 3. RONIN sponsors the side, which was only set up at the start of last season in a push to encourage younger players to get involved in competitive hockey.

The side stole top position from Folkestone Optimist Men’s 7s – a position they had held all season – last week in an emphatic 6-0 win over Sutton Valence. The final game against Canterbury was a tough encounter with New Beccs 3-2 down until the last three minutes when they scored a dramatic equaliser to confirm their position as league champions.

Having got off to a poor start to the season, with only one point from five fixtures and in bottom place at one point, top position is testament to the team’s hard work. We look forward to sponsoring the side again next season as they take to the dizzy heights of Division 2. Well done boys!