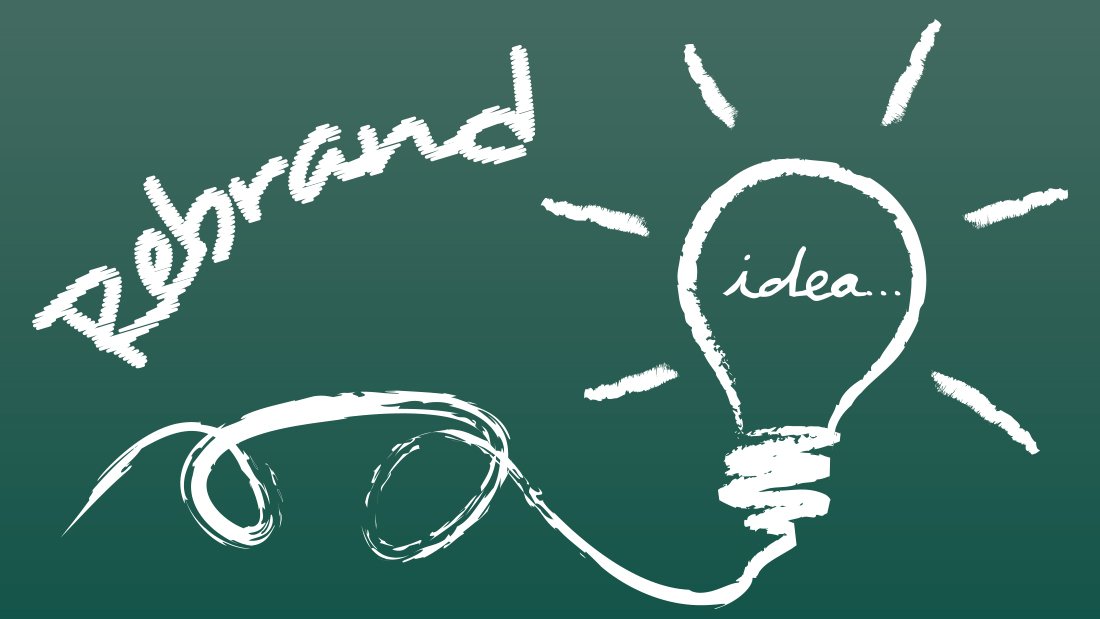 The ‘brand’ is, essentially, a means of distinguishing one product from another, a metonym for a broader concept. However, in an over saturated market, while quality of product or service undeniably remains fundamental, effective branding is what elevates companies and enables them to thrive. Your brand dictates how you are perceived and its power lies in its ability to denote status.

A recognisable brand builds reputation in markets, by shaping perceptions and thus resonating with potential consumers and being distinguishable from the rest. A successful brand is an influencer, an intangible asset (Apple reputedly has a brand value of $124.2 billion).

But how do you keep your brand live? Adapt. Refocus. Stay relevant. Remain on trend. Do not forget your target audience. Essentially, rebrand.

It can be intimidating, but fear not, even the most recogniseible names have undergone the rebrand and for the usual reasons:

Even an established brand like Burberry, c. 1856, developed associations that undermined its original character and made it unfashionable to its target audience. By the early 2000s, public perception, and subsequently revenue, were being seriously damaged. It was Christopher Bailey, Burberry’s creative director since 2001, who overhauled the brand in order to realign it with its intended audience. A clever marketing campaign that tapped in to the brand’s heritage, a new line that combined modern styles with classic and celebrity endorsements by Kate Moss and Emma Watson, helped Burberry to reinstate itself as high fashion in the eyes of the luxury shopper.

In 2011, following depleting sales, Starbucks, a name synonymous with coffee, underwent, according to CEO Howard Schultz, a branding overhaul that was in line with where its future lay. It was a multi-faceted attack: the logo which featured a mermaid was re-mastered, store interiors were redesigned, and the website updated to a more responsive format. Essentially, Starbucks created an environment in which to enjoy it, opening its doors to potential clients seeking to relax and work in an atmosphere tailored to their needs. It elevated Starbucks from an end product to an all-inclusive lifestyle.

Miley Cyrus one day awoke to find that Hannah Montana, her alter ego, was no longer relevant; both she and her audience had outgrown her product. What did she do? The only thing she could, she rebranded. The world watched in a trance as she grew up, burying Montana in a shower of provocative performances and outlandish stunts. It worked; she walked away with unprecedented media coverage and a new, more mature audience (although a number of nay-sayers and ‘haters’ were acquired in the process).

Apple is the model of rebranding success. There was a time when Apple was not cool – hard to believe but true – but changed what was a limited audience into an exclusive one. Apple always had a great product, but lagged behind a market dominated by Dell, IBM and HP. The 1997 campaign ‘Think Different’ played on Apple’s outsider status and aimed to retain existing Apple fans while winning new ones by daring potential clients to be different. Now, as previously mentioned, Apple is the most valued brand in the world, with a cult following – achieved by projecting Apple as the lifestyle choice for innovators and creatives.

In a society that was becoming ever more health conscious, it was inevitable that McDonald’s would encounter some criticism. Michael Moore’s documentary “Super Size Me” (2004) delivered this on a large scale. McDonald’s has since then tried to rebrand itself as more health conscious. Campaigns like “I’m lovin it,” which featured a catchy song from Justin Timberlake, and, more recently, “what we’re made of,” encouraged families and young couples to enjoy meals at McDonald’s. The McCafe and improved coffee quality aimed to get the coffee crowd on board and salads were introduced to the menu. This brand realignment seems to be working, too, serving to remind us that if you listen to your public and respond with products and services that counteract negative accusations your brand can save itself.

Branding takes some upkeep: fashions change and your brand needs to evolve. A successful brand is bigger than the sum of its parts, it is an all-encompassing lifestyle: Coca Cola is not just a cool refreshing beverage – it is bottled happiness. The brand is an organic connection and this can’t be underestimated. In the era of the Brand, rebranding might be eternal life, a modern day Holy Grail.