The battle of the Christmas cups is on - Ronin Marketing
18294
post-template-default,single,single-post,postid-18294,single-format-standard,bridge-core-3.0.1,do-etfw,ajax_fade,page_not_loaded,,qode-child-theme-ver-1.0.0,qode-theme-ver-20.8,qode-theme-bridge,wpb-js-composer js-comp-ver-6.1,vc_responsive

The battle of the Christmas cups is on 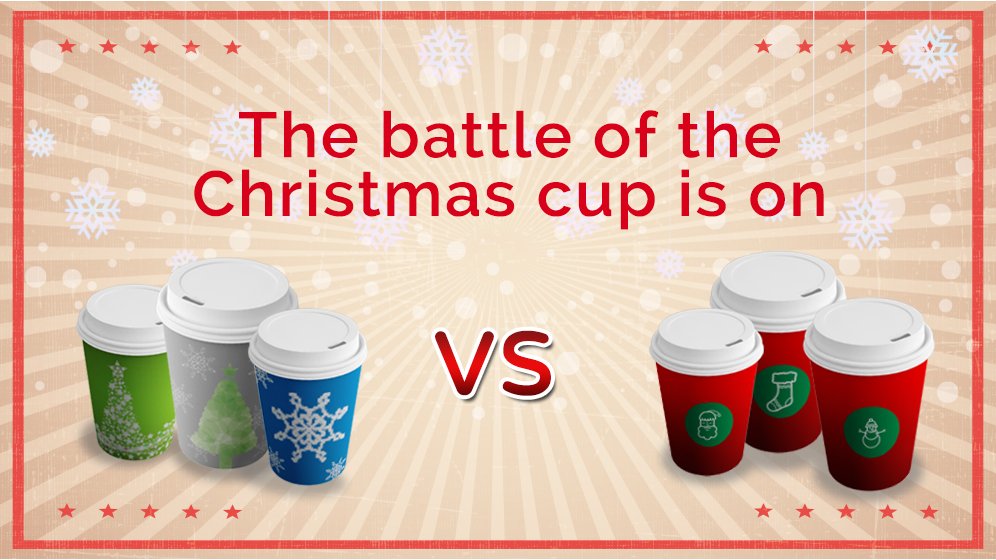 13 Nov The battle of the Christmas cups is on

The battle of this year’s best high street coffee shop Christmas cup has begun, and it’s definitely got people talking. And of course it’s the well-known battle between the two biggest names in the UK, Starbucks and Costa. These festive cups have now become a tradition throughout the UK and are avid reminders that the Christmas period is nigh.

Arriving in the office with my nice festive Santa Claus design from Costa filled with a warm hot chocolate and marshmallows, to be then sat beside with a classy, bold, red Starbucks cup by my colleague is quite a sight for a designer on a Monday morning.

‘Red and green should never be seen’

There is a well-known rule of design that red and green should never be seen. Kind of like a forbidden colour combination. Only during a period such as Christmas, can a company like Starbucks attempt to pull this off. The design of the Starbucks cup oozes confidence and narcissism in such a way, which makes competing designs look slightly inferior, and with that being said, I think the Starbucks design is onto a winner.

This year Starbucks has released a very minimal design that comprises of a bold Christmas gradient red along with their logo in the centre, and yet again they have caused controversy, even Donald Trump is joining in having a dig at them during one of his speeches. Upon the release of the artwork the Vice President of Design and Content at Starbucks said: “this year we wanted to usher in the holidays with a purity of design that welcomes all of our stories.”

Costa on the other hand has delivered a really beautiful range of cups that have designs of Santa Claus, a red robin, a penguin, snowman and a little elf for the espresso lovers, which I thought was a really nice touch. The designs from Costa feel more personal and relevant to the festive period in its entirety and this is why they have received a lot of love on social media for it. They really are excelling at creating an excitement about this time of year.

So whether you’re a lover of the very minimal, self-assured approach by Starbucks, or a fan of the festive range by Costa or you’re not too fussed at all, eat loads, be merry and have a wonderful Christmas!

Only seven weeks to go…