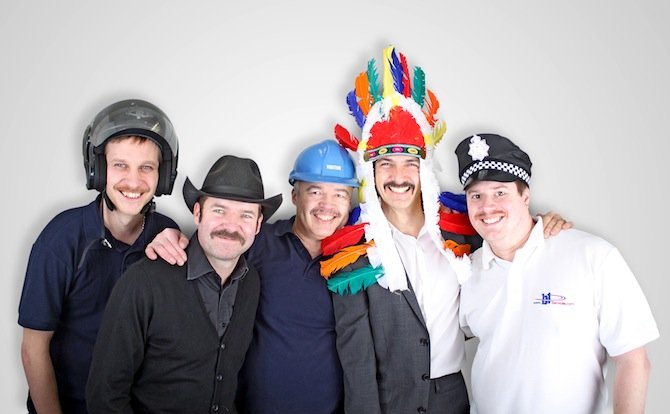 RONIN Director, Steve Lipscombe, is proud to be among the local businessmen in Bromley North village that have raised £500 for men’s health as part of the Movember campaign. The lads have donned their YMCA outfits to celebrate!

RONIN Marketing is among three businesses based in East Street, near Bromley North station, that have come together to turn tash in to cash, all in the name of charity.

Movember, which began in Australia in 2003, raises awareness and funds for men’s health, specifically prostate and testicular cancer, and now has over 1 million participants worldwide.

“We’re neighbours on East Street and it was great to get together to raise awareness and a bit of money for a good cause,” says Steve Lipscombe.

“I can’t say my wife is too pleased about my new look,” says Stuart Attwood. “But it’s all in the name of charity. And at least it’s keeping my top lip nice and warm.”

If you would like to contribute, donations can be made via Stuart’s Movember web page: http://mobro.co/stuartattwood